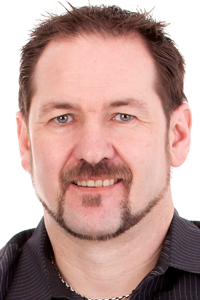 Shawn Hendry, CIA, CISA, CGEIT, CRMA is the Managing Principal for Focal Point Canada, a division of Focal Point Data Risk LLC. Focal Point recently formed in January 2017 from the combination of three of the fastest growing companies in the advisory services and cyber risk management field – Sunera, APTEC, and ANRC. Sunera has been providing advisory and audit services since our formation in 2005 in both Canada and the United States and continued services under our new name, Focal Point.

Shawn has led Focal Point / Sunera’s services in Canada for 11+ years. Shawn has assisted Focal Point clients across many industries with their Internal Audit, IT Audit, corporate governance and cyber risk requirements. Shawn and Focal Point are seen to be leaders in these fields. Prior to joining Sunera, Shawn was a Senior Manager with KPMG in their Risk Advisory Service practice in Victoria, and the Director of Audit and Risk Assessment for CanWest Global Communications which was previously Canada’s largest media group. With CanWest, Shawn initiated and was responsible for developing and building the Internal Audit and Risk function and leading CanWest to be one of the first organizations in Canada to comply with the requirements of the Sarbanes Oxley Act. Earlier in his career Shawn also initiated the Canadian Audit Department for UtiliCorp Networks Canada (Aquila) and started his career at Arthur Anderson for six years working both in the Audit and Assurance and Advisory practices. Shawn has presented at many IIA functions including most recently at the IIA Vancouver Island Fraud Conference in October 2016 where he received an excellent rating, as well as at the IIA Winnipeg March 2016 Fraud Summit. Shawn has been a presenter at IIA, ISACA and other sponsored conferences on various topics including “Fraud Risk Assessment”, “Updated COSO 2013 Framework”, “Risk Based Testing,” “Designing a SOX 404 Project” and “Control Optimization / Rationalization”.